When a man enters the age of forty Male Menopause begins to start, he begins to experience the awkward feeling of confusion, split personality and stressfulness. He tends to lose his sense of purpose as well as his former self.

He is craving for the new order of things, more ventures and is spinning out of control. In the quest to understand this crisis, series of studies are undertaken. Even the medical science allots time to formulate possible formulas to find the remedy on its symptoms. There are creams, pellets, pills and even surgeries that are deemed to resolve the crisis.

What is Male Menopause? 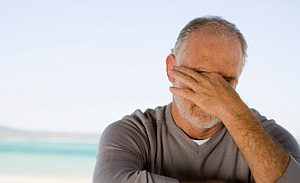 But what is really in the core of this predicament? Dr. Robert S. Tan constructed his book of Andropause mystery: unraveling the truths about male menopause in the pursuit to explain the circumstances and why they happen to a man.

According to Dr. Robert Tan, male menopause or the declination of hormonal levels comes to pass to both men and women.

For men, such transition period is called andropause. The period usually strikes at forty when age normally causes internal troubles to almost everyone.

Subsequently, internal changes had exterior manifestations in terms of social, career and family interactions. Furthermore, Dr. Robert Tan added that as the man reaches the age of 50-70, the Male Menopause symptoms become more visible and provoked.

Symptoms such as declination of levels of virility and energy accompanied by easily being exhausted, rapid mood sways and palpitations appear. Most men report their erectile dysfunction as the most notable event during andropause. Apart from this, Dr. Tan’s patients also complained of their being nervous, irritable and depressed.

Palpitations are due to the decrease of the testosterone level caused by over reaction of the autonomic system. It must be noted that it is natural for men who are suffering from andropause.

Formerly active men who used to be directed to their careers and power enhancement suddenly become close to family and their friends. However, there are some who preferred to find a new set up on their lifestyle which will turn them from the confusion and depression of andropause period.

The medical science has prepared remedies to relieve these symptoms of male menopause. The problem is that most men do not submit to seeing a doctor even for health reasons. The reason is that it hits their masculine pride to be thought of as either vulnerable or dependent. This becomes a challenge to most wives.

One way to convince men to see the doctor is by accompanying him to a trained and understanding expert. By going together, the doctor can fully extract the needed information from the couple. However, there will also be times when the interview would be held independently to do away with the inhibitions.

Study of Symptoms of Andropause

As part of the clinical study, the following things are being checked as andropause basis: hair loss, shrinkage of testicles, decrease of libido and sex drive, erectile dysfunction, exhaustion, depression, decrease of muscle strength, oligospermia, and decrease in bone density.

Since the andropause stage could be very stressful among men, it is advisable that wives should become more understanding and supportive. Andropausal men should be encouraged to organize himself, to manage his alcohol and cigarette consumption, to relax, to eat healthy foods and to exercise.

Andropause is another profound journey which needs the positive involvement of the family. Male Menopause as well can be handled both physiologically and psychologically by those around him.

Between meals there is always that urge to eat a snack. I can attest to the fact that I am always hungry so when I found this list of 50 snacks under … END_OF_DOCUMENT_TOKEN_TO_BE_REPLACED

A total of about 100 eating tips for a healthier lifestyle. These are a giant list of simple and easy eating tips that can help you live healthier … END_OF_DOCUMENT_TOKEN_TO_BE_REPLACED