Last night my family and I watched the finale of the Biggest Loser and it was fun to watch. I never find that I learn much from these finales but instead it is a celebration of how far the contestants have come in the 12 weeks of the show and the time at home. There was Danni crowned as the big winner by a single pound over Jeff and Gina was the at home winner and was within a pound or two of Danni as well.

It was great seeing the transformation of the people that were there this season. The kids of course are easy to recognize as changed as they get a bit older and I always believe that kids, even though they are still resistant to change will change anyway given the opportunity (more than us adults. 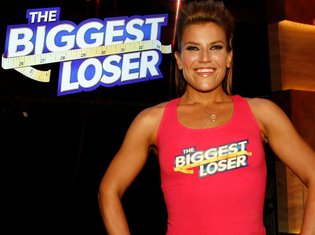 The kids sure looked great and they seemed to be so put together compared to most adults. Having a couple kids really makes me excited to see the opportunity that these three kids got even if it was probably way more public than they would have liked.

People like Gina and Pam had a real angry streak going in and once they let go they were not nearly as aggressively defensive as they were before. Joe seemed like the classic big cocky dude at the beginning but was much better at the end and Francelina still had giant hair in the finale.

In fact all the Biggest Losers changed – for the better.

The thing that changed this time and always seems to change is that the contestants start out having had to defend their lifestyle and abilities and choices. By the end of the season they see that these things don’t matter, they don’t have to define themselves in a small little box and instead can decide at anytime that they will change in any way.

How do you feel about that? It makes me cringe personally. Makes me realize how low we all set the bar in life.

We all tend to like to see the lowly Biggest Loser people at the start suffering because we know that they will be victorious in the end and they will change in many ways. The trouble is that sometimes we rely on living their change vicariously through the TV instead of making these changes in ourselves.

So last night Danni won, and when she only beat Joe by 1 pound I was still shaking my head that their are no losers in that group at all. Everyone that came out this season fought through the pain, the eating, the diet changes, and came out the other side as real winners.

This still makes me really excited about this show. There are lots of things behind the scenes that I am sure that we don’t get to see and the fact that people are losing 100 pounds or more in just a few weeks is crazy enough only to be shown on TV and not terribly realistic but that is OK to see.

What I really loved again this season was seeing all of the changes and the inspiration that all of us can make changes at any time in our lives even though we tend not to do what we should.