I have been working out off and on since I was 15 years old and one of the problems with the whole bodybuilding industry is that it is based on vanity a lot more then it is based on fitness.
I still remember when I was 20 and smoking and going into a bar and a fellow lifter told me that bodybuilders don’t smoke they just drink. Well going out boozing is not a picture of fitness to me anymore but the bodybuilding industry is built on vanity just as it has been for many many years.

I found the following interesting article at Intersportswire.

Thirty-five years ago the term ‘body building ‘ was synonymous with fitness. But in 2008 these terms are mutually exclusive. If your personal trainer is a bodybuilder, you should move on.

Back in the halcyon days of the mid-1970s bodybuilding rode into the public eye on the muscular back of Arnold Schwarzenegger in the movie ‘Pumping Iron.’ Filmmaker George Butler followed Arnold and his fellow competitors as they prepared for the 1975 Mr. Olympia and Mr. Universe contests, and this half-documentary, half-scripted movie is largely responsible for bringing bodybuilding to the masses.

Thanks to Arnold’s personality and physical presence, and the interesting mix of characters that comprised the supporting cast of ‘Pumping Iron,’ bodybuilding single-handedly kicked off a fitness craze, the effects of which are still being felt today. The problem with this is that bodybuilding has nothing to do with fitness. In the mid-70s people saw these massive guys lifting massive weights (ignorant of the fact that steroids were producing the massive physiques) and living this Spartan life-style and figured that this was the way to be fit.

Without anything to compare to these guys and their lifestyle, it seemed obvious that lifting weights, following a strict diet and hanging out at the beach was the way to go. At the time, these guys were living a healthier life-style than most people, even with using steroids.

In 2008 and really for the past 25 years bodybuilding has moved farther and farther away from the ideals that guys lived by back in the ˜50s, ˜60s and ˜70s. Since at least the ˜60s body builders have relied on steroids to create the physiques that have set them apart from the guy on the street. As time passed guys started using more drugs, higher doses and new substances that helped them get bigger, stronger and freakier. The workouts and diets became less important as the drugs took on more of a role in the development of muscular men and women.

Growth Hormone and Steroids in Bodybuilding

Bodybuilders were using human growth hormone back in the mid-˜80s, almost 20 years before most people ever realized that HGH could be used to enhance performance.
Bodybuilding is based on a fatally flawed training philosophy, a philosophy that places importance on appearance rather than function and breaks down natural, multiple muscle group movements into less-efficient and less-effective component parts. Personal trainers who fancy themselves bodybuilders are doing their clients a disservice as they implement training programs that rely on machines that work single joints and single muscle groups.

Working on equipment that affects a single muscle group is a waste of time. Exercising while sitting down or lying down is foolish and for older members of the population is dangerous and potentially injurious. Yet many personal trainers will tell you that people who have trouble with balance and stability need to use equipment. This misinformation is based in bodybuilding-style thinking.

9 thoughts on “Bodybuilding is not necessarily fitness” 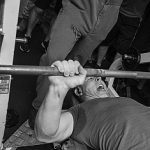 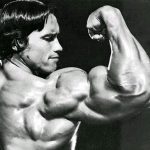