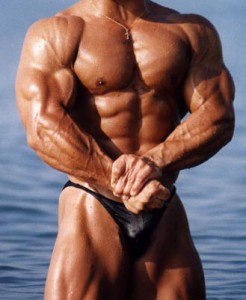 There are a lot of myths in bodybuilding. When I was young, I took many things at face value. I just didn’t think there was a whole lot of written material meant to entertain me at best or mislead me at worst.

I eagerly perused bodybuilding periodicals from cover to cover in search of what would satiate my desire to obtain a muscular physique. I spent thousands of dollars on supplements that were probably all worthy of the fate that befell a bottle of colostrum I purchased in 1990.

I chucked that half-used product in to a ravine near where I lived.

So naive was I in my quest for muscle building success that I easily adopted counterproductive training methods along with the worthless supplements. One of these, a protocol claiming to add an inch of arm size in 24 hours, sent my arm training progress backward for no less than two entire months.

It called for any muscle building enthusiast who could devote one long day to the gym to perform biceps and triceps workouts every hour for an eight-hour period. This left my arms so over-trained that they performed about as well as wet noodles for seemingly endless subsequent workouts.

Seventeen years later, I’m seeing much of the same hogwash I fell for in my youth as it’s reformulated for new audiences. The reason I know this is that I subscribe to a couple of popular bodybuilding newsletters. 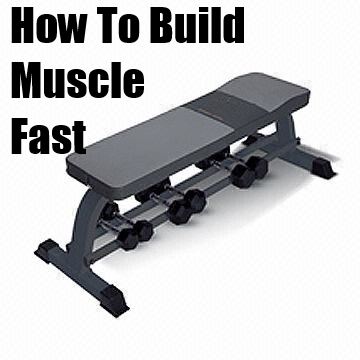 I make it my business to keep up with what’s out there and, putting it mildly; some of it’s looking less than scrupulous.

Without mentioning any names or products, here’s a synopsis of some of the possibly dubious presuppositions I’m expected to believe in order to shell out the bucks for today’s ‘hot’ bodybuilding products:

“Bulking up” (i.e. gaining fat with muscle) is necessary for muscle gains.

The first on this list would be funny if it weren’t so friggin’ maddening. I’m asked to believe that a mid-twentieth century nutritional guru possessed a since-lost secret formula that accelerates muscle growth.

But what should I expect in an era of ‘The Da Vinci Code’ and ‘The Secret’? Many seem wont to believe something vitally important was lost and buried in the historical shuffle.

In the marketing for this secret formula, it’s implied that the guru’s mid-century program went from bodybuilding obscurity to stardom by using a protein formula of precise amino acid ratio balance. Funny thing; when I look up more objective online information about the relationship between this bodybuilder and his mentor, I find the bodybuilder attributes his success to an effective training protocol instead of an esoteric protein formulation.

The Most Important Bodybuilding Trick

This is not surprising to me. As I’ve shared with so many people who’ve noticed my unimpeded muscle building gains: Until you get your tissue breakdown/recovery ratio mastered, everything else is just money-wasting BS. Once you do get it mastered, you might not notice much difference (convenience notwithstanding) between the effects of an exotic protein powder and those of an over-stuffed turkey sandwich.

And now even more marketing buzz is being built around nitric oxide products for their ability to create a ‘pump’ in the muscles. Interestingly, I actually like these products for the value I can extract from them. If you’re doing a photo op, this increased pump can have your musculature appearing just a bit more swollen. Anyone who sees my latest pictures posted on my blog can witness the decent vascularity that’s partially attributable to my trial of this product.

This doesn’t mean, however, that getting a pump will equate to better bodybuilding gains.

Believing so kind of reminds me of the economic fallacy referred to as the fallacy of composition. It’s the mistaken belief that what’s true for the part is always true for the whole. If you consider ‘the part’ as being your workouts during which your arms feel bigger than before you began the training, it doesn’t stand to reason that your arms are necessarily recuperating faster between workouts (the whole).

Remember, full and strength-compensatory recuperation between workouts is what results in muscle growth.

Moving on to the third item on the list: Yes – I’ve even received newsletter advice to buy liver tablets. Damn… I never thought this one would work its way back to the bodybuilding shelves.

The belief that special benefits can be derived from eating specific animal organs is a throwback to nomadic tribes believing they gained courage from eating the hearts of lions. Does desiccated liver contain protein? Sure – but so does a dozen egg whites.

Bottom line: protein synthesis for muscle recuperation will take its sweet time even if you have excess protein in your body – regardless of the source of that protein.

This leads us to the final bullet point mentioned; the bulking up myth.

Many of us thought this died in the 90s, but it seems to be making a current comeback via the Internet.

Personally, I’m frustrated to see so many under individuals being mislead toward excessive calorie intake when they haven’t even conquered the challenge of ‘how to gain muscle’. If you don’t first get an effective muscle breakdown/recuperation ratio in order, excess calories will only bog down your system. Not only can this cause fat gain, it can slow down muscle growth.

Think about it: Your body needs energy for all its functions – including building muscle and digesting/processing food. You definitely don’t want the latter to start competing for energy with the former. That’s a prescription for becoming fat, lethargic, and un-muscular.

If you want to build a nice physique, beware of what misleads so many into the frustration of plateaus and unfulfilled desires.

Look first at your workout strategy and make sure your tactics are sound. This can prevent you a lot of natural bodybuilding heartache; the kind of frustration that leads to chucking a thirty-dollar bottle of supplements from your backyard into a distant ravine.