Exercise may fight off depression and improve self-esteem in over children, researchers here said.

But according to one key measure, white children seemed to benefit more from exercise than black youngsters, a difference the scientists found intriguing but not easily accounted for.

In a randomized trial, heavy kids who exercised for 40 minutes a day saw decreases in depressive symptoms and improvements in self-esteem compared with those who remained sedentary, Karen Petty, M.D., of the Medical College of Georgia, and colleagues reported online in the Journal of Pediatric Psychology. 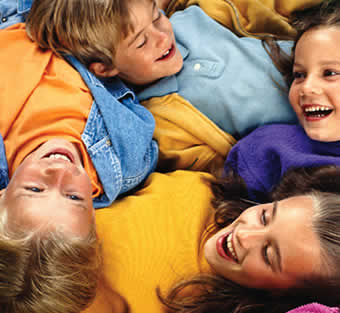 Childhood obesity has been associated with many psychological problems, including low self-esteem and depression, but little is known about the effects of physical activity on feelings of self-worth.

So the researchers conducted a study of 207 over and sedentary children ages seven to 11 years.

They noted that the youngsters in the sample were not clinically depressed, with only 4% scoring above the cutoff for depression.

How much exercise do kids need?

The children were randomized to either 20 or 40 minutes of daily exercise, or told to continue their sedentary lifestyle. The exercises periods, which lasted for 13 weeks, included running, jump rope, basketball, and soccer.

The researchers found that the 40-minute exercise group sustained the greatest psychological benefit, with evidence of a dose-response relationship.

Although the results suggest that 20 minutes of exercise might also help, further study is needed, the report said.

Race, Kids and self esteem

A multivariate analysis revealed that self-perception scores improved only for white children. Although exercise did not impact the general self-esteem of black children, it did improve their depressive symptom scores, the researchers said.

“The unexpected finding that exercise led to increased global self-worth only in whites calls for further study on the influence of race on psychosocial consequences of obesity and exercise,” they said.

Change kids now for their future

“However,” they said, “the effects of exercise on depressive symptoms may be important for prevention of clinical depression in later childhood and adolescence.”

The researchers said their findings may be limited by notions of self-worth that vary by culture. Also, because the 20-minute exercise period did not produce statistically significant results, they suggested further study to see if there’s an effective dose of exercise below 40 minutes.

Still, they concluded that the findings point to the need for exercise programs for all children in order to “reduce depressive symptoms and increase aspects of self-worth.”

How to Increase and Boost Your Metabolism

8 Ways To Boost Your Metabolism

1 thought on “Exercise will boost kids self image”