As years pass by, the human brain becomes smarter and more progressive, and we tend to come up with new or better solutions to existing problems. Some of these solutions turn out to be just fads, but a few others usually prove to be useful. In case of weight loss, a new and little known way to burn the fat is Mesotherapy.

If you have never heard of it, I don’t blame you at all. Like I said, it is relatively unknown. Mesotherapy is not only used for weight loss but also for getting rid of wrinkles. This therapy is based on the premise that gain and skin problems are both the results of accumulation of toxins in our body; once we flush out those toxins from our body, these maladies would go away. 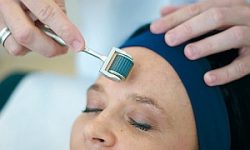 In this therapy, a combination of several chemical substances such as vitamins, minerals, amino acids as we as other required medicines are injected into the mesoderm of the patient, which is nothing but the skin layer below the surface. This therapy was invented in the 1950’s by none other than the famed French doctor, Michel Pister.

In good old days, these injections were given by hand using syringes but these days it is being done through injection guns as they are more convenient for the doctors.

Okay, let me tell you how it can help you lose weight.

Just like weight loss surgery, not everyone is eligible for Mesotherapy. If you want to opt for it, you would need to fix an appointment with your doctor. The doctor would not only tell you whether you are fit for the therapy or not, but also what to expect from it.

Let me assume that the doctor has approved you for the therapy. There are a few rules to be followed here. If you are suffering from cough and cold then you cannot go for it. You should also make sure not to wear any cosmetics or makeup on your skin when going for Mesotherapy. Other than that, there are no more rules for the therapy.

How Long Does Mesotherapy Take?

The good thing is that Mesotherapy is quite fast: usually it would get done in fifteen minutes or less. The location where you would receive the injection would generally depend on the remedy you want. If you are doing it for the sake of weight loss, you should receive it at the place where there is the highest concentration of fat or where you want to burn fat. When your body receives the different chemical nutrients through the injection, it would flush out the toxins present inside as well as boost your metabolic rate. Once your metabolic rate is enhanced, you would start burning fat like crazy and lose weight.


Most people tend to have unrealistic expectations from therapies and surgeries, so let me tell you one more thing: if you think that you can sit on your couch and eat whatever you like after going through Mesotherapy, I suggest that you don’t go for it, for you will surely be disappointed.

Mesotherapy would certainly help you lose weight initially, but after that, it is up to you whether you are able to maintain that weight lost or not. And the only way to maintain your slim body is to eat healthy and start exercising regularly.

Chromium – a Possible Help for Diabetes?

Beat Eczema for Good: Is It Possible? 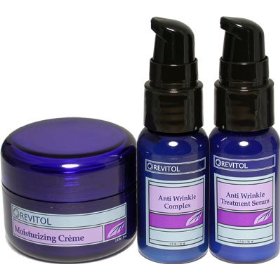