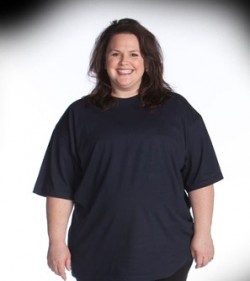 Last nights episode of Biggest Loser was a lot of fun as Allison,Bob Harper, Jillian Michaels, and all the remaining contestants went to Washington DC on a working vacation.

The Biggest Loser camera crew must have really enjoyed this trip I was thinking because they tried their best to get great video of all the landmarks during the show including a great end to a challenge doing steps ups in front of the capitol building.

There were lots of chances for the show to pump itself up with the idea that the Biggest Loser is a movement that is changing the way people live and I really do believe that the show does do that.

The contestants got to tell their stories and lobby members of congress, they had a challenge that involved getting as many bystanders as possible to an outdoor workout at the Washington Memorial, and their big reward type challenge was all taking place outdoors at some of the most famous spots throughout the Washington DC area.

I loved watching this episode because it was more than just working out in the gym, challenges, and Extra gum and Subway product placements. The contestants were out and about seeing the White House and all of the other sights just as a tourist would and then we got a bunch of tips for working out when on vacation. Much more real life than we have seen in a long time from the show.

There was a great four part challenge that was one part running, one part stair climbing, one part balancing on a piece of wood while holding an exercise ball (that looked impossible to me), and finally 206 step-ups as fast as you can. Rebecca surprised everyone I think by winning it all.

In the end it was Biggest Loser Tracey whos previous game play finally caught up with her and she was kicked out after losing only 3 or 4 pounds over the week. It is really funny how attitudes change in the show. Everyone saw how hard she worked in running a mile in the first episode of the season and then was off to the hospital with only Coach Mo to fend for the team. Everyone was so excited when tracy came back and then in two weeks she was able to piss of everyone and alienate herself from everyone working to help each other.

I am not trying to say that game play is not important but still this is not Survivor. You can not try to beat people down for your own advantage and then hope they still like you. This may be TV but the people on the show know what real life looks like.

It was though nice to see in the end how well that Biggest Loser Tracey has done off the ranch. She has a husband and four great and beautiful kids that were so excited to see her back after a few weeks away from their mom.

Next week you have to think the show is going to get more intense, it looks like there are only six or so people left and the ranch is going to start looking pretty empty.