I am a bit of a fan of Wendy’s restaurants, and yes I am aware of how fatty and devoid of nutrients a Wendys hamburger and fries are. I just saw a story last week with Consumer Reports doing a fallow up of Wendys claim that they would be eliminating trans fats from their deep frying process by switching oils. It seems that all of the stores have not switched to the new kids of oil as there still seems to be a bit of trans fats in the system.

Be very aware that there is no safe amount of trans fats that you should consume. All of the research that I have done into trans fats over the last couple of years have convinced my that this type of fat is poison and just stays in your body.

Wendy’s announced it was switching to a new kind of cooking oil that would virtually eliminate trans fat by August. But Consumer Reports testing found Wendy’s still serves two and a half grams of trans fat, far more than the half gram it claims. However, it is less than McDonald’s and Burger King fries, which contain more than six grams in their large size fries. Wendy’s, meantime, says it has thoroughly tested and checked the fat content of its fries, and disagrees with Consumer Reports.

Another story that is moving around is that in New York city the city council is going to be voting in December on a bill that would ban trans fats from being used in the citys restaurants. I have never heard of a city wide ban of trans fats but this can only be a good move and I hope the idea catches as much as I know we will hear a lot of moaning from the restaurant industry.

So again, how do we avoid trans fats? I have looked around and found the following recommendations:

Trans fat can be found in vegetable shortenings, some margarines, crackers, cookies, snack foods, and other foods made with or fried in partially hydrogenated oils. Unlike other fats, the majority of trans fat is formed when food manufacturers turn liquid oils into solid fats like shortening and hard margarine. A small amount of trans fat is found naturally, primarily in some animal-based foods.

Choose vegetable oils (except coconut and palm kernel oils) and soft margarines (liquid, tub, or spray) more often because the combined amount of saturated fat and trans fat is lower than the amount in solid shortenings, hard margarines, and animal fats, including butter.

Consider fish. Most fish are lower in saturated fat than meat. Some fish, such as mackerel, sardines, and salmon, contain omega-3 fatty acids, which are being studied to determine if they offer protection against heart disease.

Choose lean meats, such as poultry without the skin and not fried and lean beef and pork, not fried, with visible fat trimmed.

Ask before you order when eating out. A good tip to remember is to ask which fats are being used in the preparation of your food when eating or ordering out.

Limit foods high in cholesterol such as liver and other organ meats, egg yolks, and full-fat dairy products, like whole milk.

I have covered trans fats before in the following articles:
Fats in your diet
Low fat eating does not always reduce health risks
Seven foods never to eat
12 tips for healthier eating
Food labeling lies

Hard Fats are Fats to Avoid

30 Tips For Choosing Healthy Fats In Your Diet

Study of Fats in Our Diet 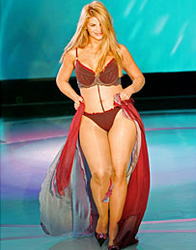 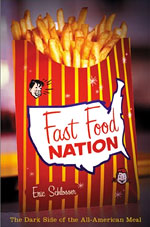